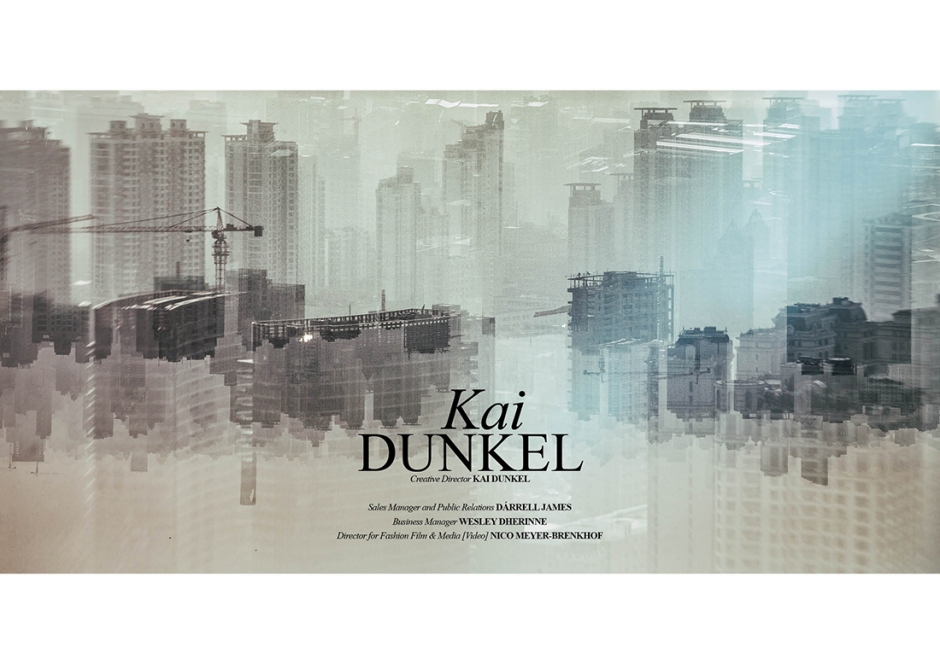 Institute: What is the story behind Kai Dunkel?

Kai Dunkel: Kai Dunkel is a German menswear brand founded in 2015 and distinguishes itself through interdisciplinary work. The team works together in all areas and utilizes inspiration from various media to realize the vision of Kai Dunkel which is to form a character and to make the unusual attractive. Our goal is to combine the past with the future.

Institute: When did your love of designing begin?

Kai Dunkel: It was back in the day, while I was still living in Vancouver when I realized that I needed more creative freedom. I wanted to change something about my life. At that time, I was fascinated by the way artists and designers were able to live by their own rules fueled by their imagination. I loved that expressive lifestyle and I knew that this was what I wanted.

Institute: What is your creative process?

Kai Dunkel: It would be the most accurate to describe the team as working interdisciplinarily. Every single person has a multitude of different jobs. We try to create a circle where everybody is involved in the creative process. The fashion is based on drawings and the drawings become inspiration for our sound designer and the sound in turn helps the photographer to set the right mood for the images. Inspiration comes from everywhere and we bring it all together to form what Kai Dunkel is all about. For me personally, it started with a random idea and lots of mistakes. In the beginning, it was an unformed pile of ideas influenced by many sources of inspiration. After a phase of intense filtering, the process shaped more and more into something close to a makable prototype. Step by step it is becoming a soul.

Institute: Where do you feel most inspired?

Kai Dunkel: When I want to get inspired, I leave my surrounding behind and enter a place where I am far away from everything that could distract me. While I am meditating I like to listen to some music, which helps me to get into a state of being even more isolated. During this time I am so focused on my thoughts that it is almost as they become more clear and crisp. I gain a lot of mental energy through this process and once I am done I have a clearer vision of where to go with my inspirations than before. For example, if you look at an old diving suit, I always imagine the time in which it was produced, the way it was fabricated, which material it is made of and how the parts are put together. I like to look at the past and imagine it in the future.

Institute: What was the inspiration behind your latest collection?

Exitus was inspired by the utopia of the self-destructive future society. The eye of the gas mask is the symbol for the mechanization of the system and the anonymity of the world. I got the inspiration from books like 1984 and Brave New World, as well as the films, for example Equilibrium, which are characterized by dystopian cities and civilizations, which are suppressed by their leaders.