Institute: What made you take the career path as an actress?

Laura: I actually grew up being more of an athlete, doing martial arts. When I was about 12 years old I saw the movie My Girl and it inspired me. It made me want to try something in the arts. It was the first movie I had seen as a child that was featuring young actors in serious dramatic roles. After that, I asked my parents if I could try it out. I fell in love with it. I started off doing background work and acting classes and eventually doing children’s TV series and Disney movies. I loved the creativity that came with the industry and it excited me to explore all of those emotions.

Institute: We are excited to see ’Supergirl’ can you tell us a bit about that?

Laura: I am playing a character named Indigo. She is a recurring character this season and a new threat to National City and Supergirl. Indigo is a living strong-willed supercomputer. She is methodical and almost snake like in the way she speaks and moves. She is definitely ‘different’ looking and has been a joy to play.

Institute: What drew you to the part?

Laura: I had played Supergirl previously on the series Smallville. Supergirl’s executive producer, Andrew and I met at an awards show in which he said he would love to have me be a part of the series at some point down the road. Of course I told him I was definitely excited to work on the series. Once my series Bitten wrapped its third season, the role of Indigo popped up. It seemed like a fun and exciting new challenge for me. Plus it was perfect timing. Returning to the DC world was something I have always wanted to do, and playing a villain as opposed to a hero, was the perfect way to jump back in. 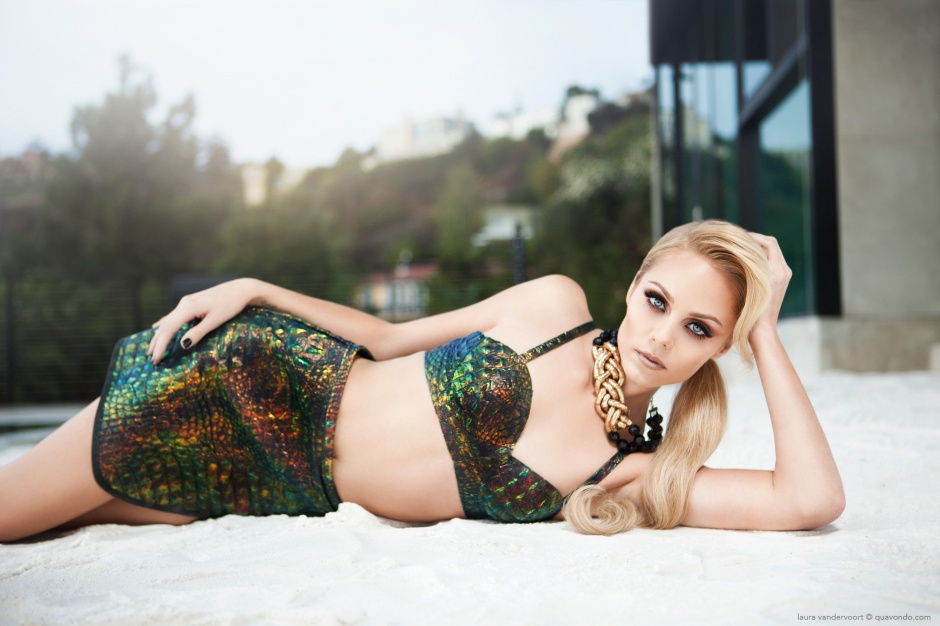 Institute: If you could obtain a super power what would it be?

Laura: If I could obtain a superpower it would probably be either invisibility or the ability to fly.

Institute: You have worked alongside some incredible talent, who has been the most influential?

Laura: I would have to say the most influential has been Joseph Gordon Levitt. He is such a phenomenal talent to work alongside of and takes his craft very seriously. I definitely learned quite a bit while working with him on The Lookout. In addition, although it was only two days… getting to work with Tom Hardy was also a great experience I will never forget.

Institute: How do you keep yourself occupied in between projects?

Laura: Between projects we are always looking for the next exciting role so there is never really any downtime. In addition, I have been working on creating and executive producing a children’s tv series with Shaftesbury Productions. It is something I am very excited about. I wrote the concept and a book a few years ago and now we are working on getting it off the ground as a TV series.

Institute: What has been a stand-out out moment in your career so far?

Laura: That is a tough one. Every project I have been a part of has taught me something new and challenged me. That is generally what I look for. I think being cast as Elena Michael’s in Bitten has to be one of those standout moments for me, personally. It was my first opportunity to be the lead of the TV series and we ran for three great seasons. I am very proud of the series and the growth I personally went through during the three years, as well as our cast and crew.

Laura: I am always trying to push myself to do more and to be better. I think that is just the way that I was raised.