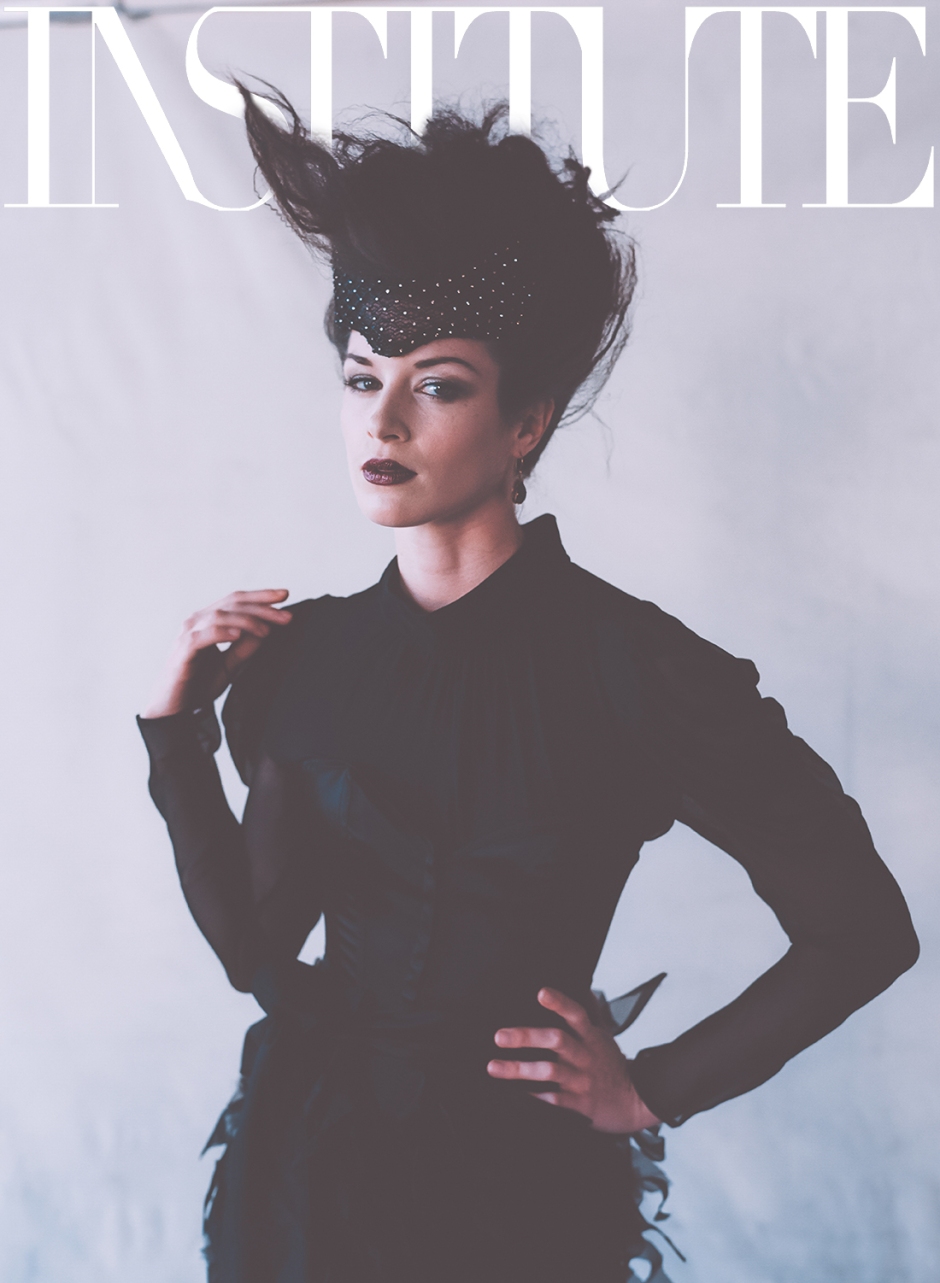 Institute: What made you take the career path of a Adult film star? Stoya: Initially performing in pornographic video sounded like fun. It ended up working out quite well and turning into a career.

Institute: What is the most common question you are asked in interviews? Stoya: “What’s next?” is probably the most common. I’m always trying to dodge it for fear of jinxing whatever project I’m currently working on.

Institute: Who is your favorite person to work with? Stoya: Katsuni is one of my all time favorites to perform with, and Jessica Lustig is my favorite editor.

Institute: What do you think is the most positive thing about the adult film industry? Stoya: For performers it can provide safer access to sexual experiences which would be very difficult to coordinate or highly unsafe to experience elsewhere. For the general viewing public, I believe the demand clearly illustrates that adult films fill a need for a certain kind of entertainment. Beyond the groups directly affected by pornography, it seems like the mere existence of adult films has driven a large discourse on sex and sexuality which, by causing discussion, strikes me as beneficial for our culture’s general relationship with sex.

Institute: What is it about LA that you dislike so much? Stoya: LA is dry, constantly sunny, and the sprawl combined with the traffic means getting just about anywhere takes about an hour. I’m not a fan of any of these characteristics. 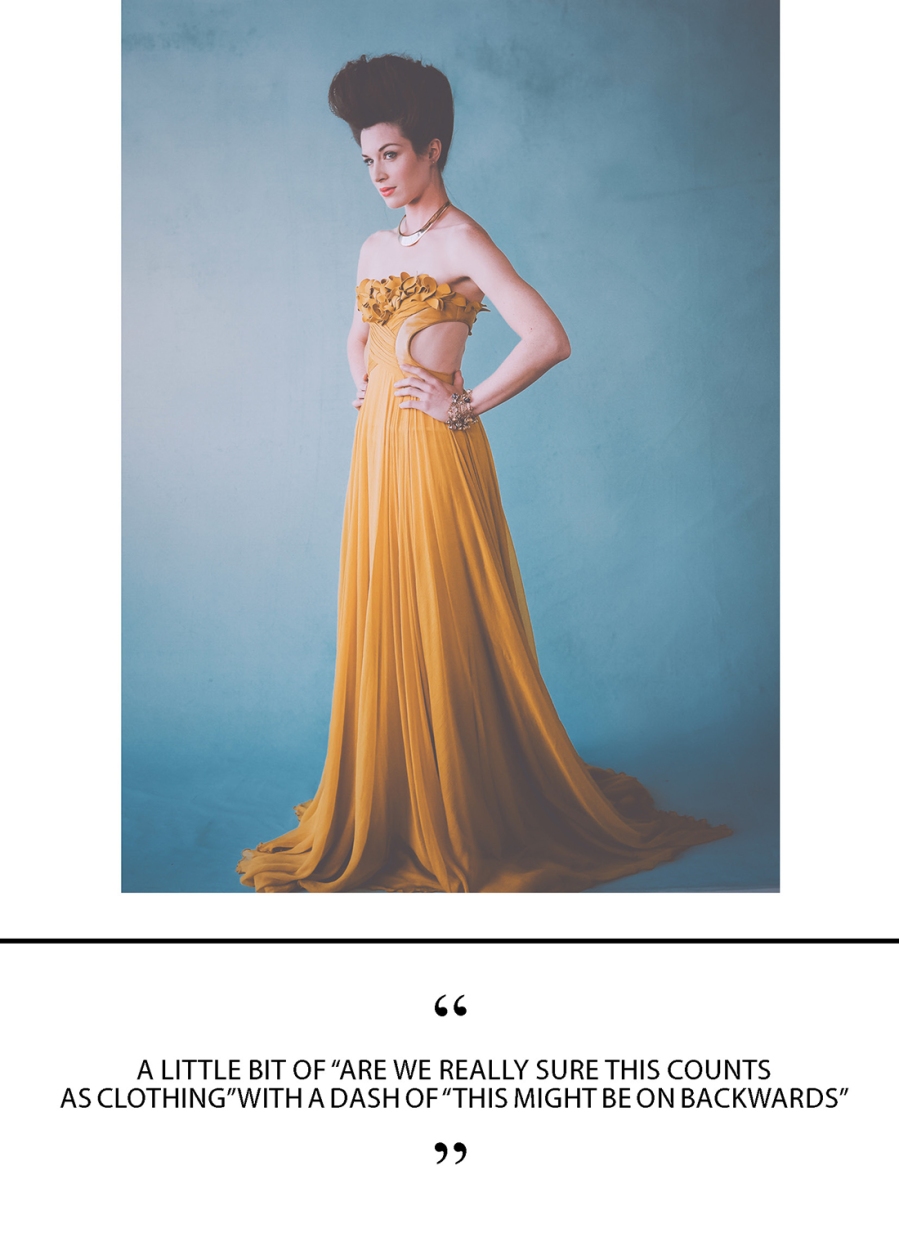 Institute: What do you think of the plastic look? Stoya: Some people, Amanda Lepore for instance, take it to such a degree that it becomes interesting to me but mostly it isn’t really my thing.

Institute: What other projects are you currently working on? Stoya: Can’t tell you. Don’t want to jinx anything.

Institute: What else can we expect from you this year? Stoya: Can’t tell you. Don’t want to jinx anything.

Institute: Who influenced you in your early years? Who is your biggest influence now? Stoya: Rei Kawakubo and Vivienne Westwood’s work probably had a major influence on me. Their women always looked like the sort of woman I’d want to grow up to be. Now it’s mostly my current social group.

Institute: What has been a stand-out out moment in your career so far? Stoya: Having an op-ed published in the New York Times. I’m actually not sure anything could ever top that. 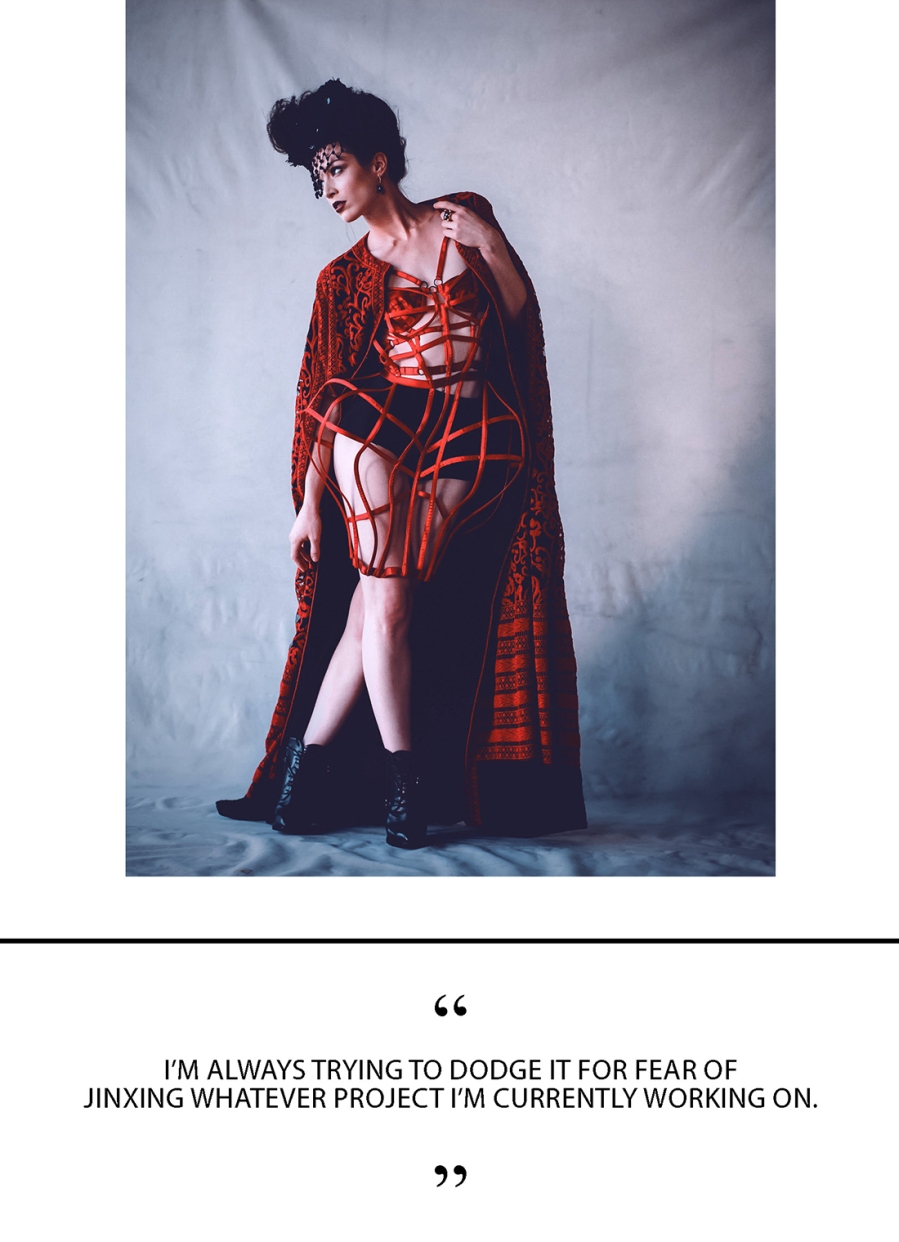 Institute: How would you describe your style? Stoya: A little bit of “are we really sure this counts as clothing” with a dash of “this might be on backwards” and lots of black.

Institute: Who is your favorite fashion designer? Stoya: I’m torn between Westwood and Kawakubo.

Institute: Could you single out a person who has had a profound impact on you in the last 5 years? Stoya: Molly Crabapple for sure. She’s been incredibly inspiring.

Institute: Where do you see yourself in the next five years? Stoya: Somewhere with very thick, floor to ceiling curtains.

Stoya: Where the cats are

Stoya: A whole stack of books from Strand in NYC

Institute: You can never have too many

Stoya: Back away from the mirror

Institute: Where do you think trends are created

Stoya: Wherever it is that the soul of capitalism resides

Institute: Highlight of your career to date

Stoya: Having an oped published in the New York Times

Stoya: High heels that one can run up stairs/jump puddles in. Comfortable undergarments.