Institute: What made you take the career path as an actor?

Edoardo: It’s an odd story. I was studying Latin in Rome the summer after I graduated from college and I saw an call for American actors. It looked intriguing, and I was bored, so I thought I’d check it out. From there, it all kind of rolled. I ended up joining that theater company of ex-pats, then came back to New York and started studying, and before I knew it I was on a set. I’ve never looked back.

Institute: Can you tell us about your character Frank Goodnight in the BBC drama Ripper Street?

Edoardo: Frank Goodnight was an absolutely delicious role. Two parts bastard, one part enigma. Without giving too much away, he’s a Pinkerton Detective that has a backstory with Homer Jackson (played by Adam Rothenberg), and ends up traveling to London to settle a score. I had a wonderful experience on “Ripper Street.” The cast, crew and director were all brilliant. I didn’t want it to end.

Institute: What attracted you to the part?

Edoardo: First off, I was delighted to be asked, When I read the part I started salivating. There was something that ran deep in Goodnight, something that made him who he was, and I wanted to find it. And I like playing bad guys. They’re more challenging. You have to find a way to be liked while you’re disliked. If an audience just hates you, you’ve failed. You have to find something appealing and intriguing, even if the part calls for you to do awful things. It’s a tricky balance. It can be much tougher than playing the hero.

I also particularly love period pieces, and I’ve done a few now (HBO’s “Boardwalk Empire,” the feature film “No God, No Master” with David Strathairn, my own short film on Rudolph Valentino, a pilot last year for ABC) and I’d known about “Ripper Street” for a while. It had also been a lifelong dream to work in Europe. I grew up between New York and Milan, and I practically moved to London years back, but never actually worked abroad. On top of all that, “Ripper Street” filmed in Dublin, which was a further treat for me. In a different life I was something of a James Joyce scholar, so I got to plunge back into some of my old scholarly pursuits while I was there. It was a perfect combination for me.

Institute: Do you ever become emotionally involved with your characters?

Edoardo: When I was younger, I did get caught up emotionally with my characters, yes. Less so now. Years ago I did a film called “Dinner Rush.” I played a chef. Danny Aiello was my father, and one of the story lines was our battle for the restaurant. When we wrapped filming, I walked off the set and started weeping. I’d lived in the character for weeks and it was like he died. I’m still enormously fond of that film.

Institute: Does your costume complete your character transformation?

Edoardo: Costumes, especially in period dramas, make the man. They really do. When I first got a look at myself in Frank Goodnight’s clothes for “Ripper Street” I thought, “Oh, hello. There you are.” I’d say the same about sets, too. When I saw the backlot at Clancy Barracks in Dublin, I could see the world in a way it was impossible to before.

Institute: Do you have any great inspirations?

Edoardo: I take inspiration wherever I can find it. I think that may be the Joycean in me. Putting together seemingly random and disparate pieces into a big puzzle in my head. A guy standing on the subway platform can be as moving to me as a Picasso or any other great work of art. If I get to the end of the day and feel like I haven’t been inspired, I know that I just wasn’t paying attention.

Institute: When was the first time you realized you wanted to become an actor?

Edoardo: As I say, I kind of slid into becoming an actor. There was no single “Aha!” moment where I thought I had to be on stage or on screen. But I do remember my first time on a professional set. It was the show “Law & Order.” I was playing an autistic boy, and I was petrified. To the point where I could barely do anything. When we finished filming the first day, I went back to my trailer to get changed. There was a knock on the door and Matthew Penn, the episode’s director, was standing there. I thought maybe he’d come to tell me I’d been fired. Instead he smiled and said, “You did great today.” That might have been the moment I realized I could do this. 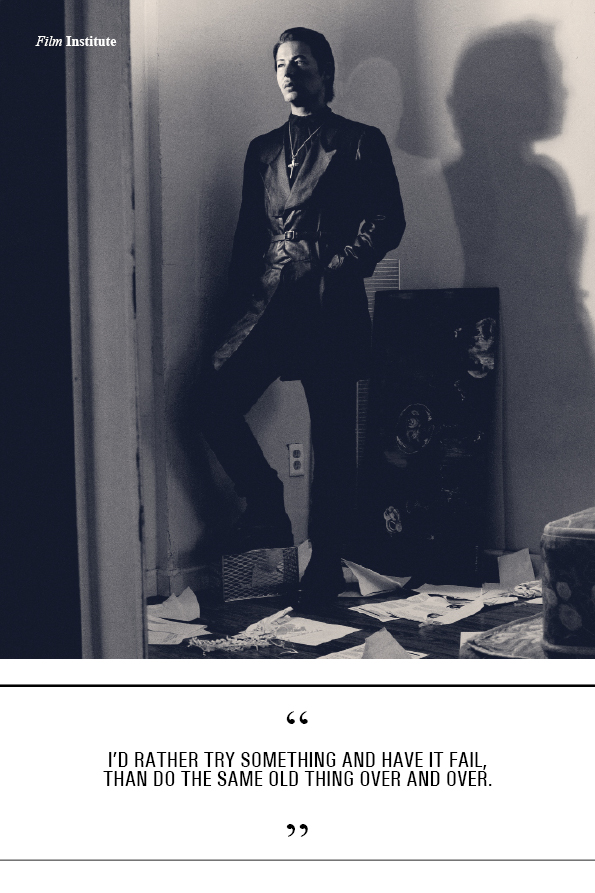 Edoardo: Picking one single person is tough. The last five years have been quite transformative. They’ve been shaped by all sorts of people – friends and family, colleagues and strangers, and full of triumphs and failures. I made some bold changes to myself and my life, my work and career, and I’m happy to say that a lot of what I’ve set out to do, I’ve been able to do. I’m looking forward to the next five years.

Institute: Do you have a preference when it comes to TV, film and theatre?

Edoardo: I prefer film, to be honest. Stage is marvelous, but has never felt like my true home. There’s a decided thrill and magic to live performance, of course, but for whatever reason, it never really got its hooks in me. Television is a great place to work, especially on the cable shows, but can get bogged down by its own formulas after a while. Even the best of the best shows struggle to stay fresh, it seems. But film is where the grand experiments can really take place, particularly on the independent level. That’s what has always interested me. I’d rather try something and have it fail, than do the same old thing over and over.

Institute: How do you keep yourself occupied in-between projects?

Edoardo: In-between film and tv projects these days I do a great deal of narration work. I’m pleased to say that a book I voiced last year called “Beautiful Ruins” was twice cited as “Best of 2012,” first by Salon.com, then by Audible.com. It’s a whole new branch of my career, and I’m loving it. Every project is a one-man show. Beyond that, I have film projects of my own that I’m either in post-production or pre-production on, so there’s never a moment’s rest these days.

Institute: What are you working on at the moment?

Edoardo: I have two main projects right now, one is a feature film called “Omphalos” that is nearly complete. A brilliant young director named Gabriel Judet-Weinshel wrote it, and we produced it together. The second is a film project still in its infancy, but that I’m hoping to shoot over the course of the year. It’s one of those grand experiments I mentioned earlier, so we’ll see where it leads. Other than that, I’ll just keep looking around and enjoy the inspiration all around me. 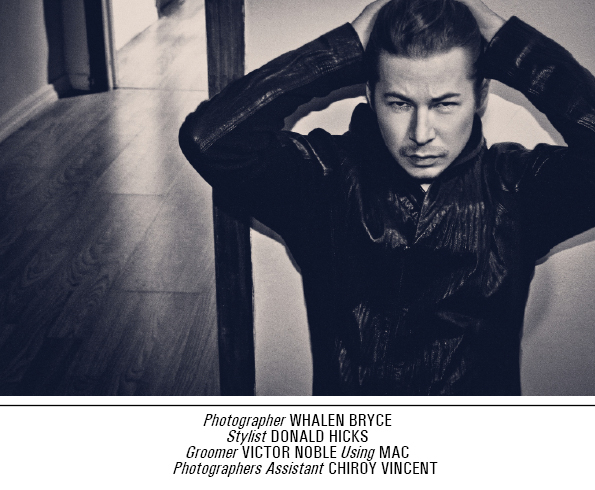